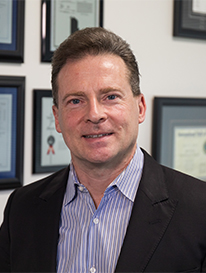 David is the inventor of LifeWave technology and founder and CEO of LifeWave.

David’s experience in business and product development spans over 30 years and includes a formal education in Management Information Systems and Biology at Pace University in Pleasantville, NY. David then went on to pursue several entrepreneurial endeavors and, as a result, owned successful companies involved in manufacturing and product development. One of these companies, Advanced Applications Group, is a research and development center that specializes in energy-production technologies for both military and commercial applications. During his time with AAG, David developed new methods for producing hydrogen and oxygen, designed and prototyped multi-fueled, bladeless-turbine power generation systems, and constructed metal-combustion rocket engines.

As a result of his innovations, David was presented with an honorary doctorate by Dr. Alexander Marinaccio of the International Hall of Fame of Inventors. In addition, as a result of work performed in the design of emergency Oxygen systems for General Dynamics and the U.S. Navy, David was invited to participate in the Navy’s next-generation mini-sub program.

The LifeWave Technology was born out of three years of intense research by David into the concept of being able to naturally increase energy and stamina through elevation of fat burning, utilizing wireless communication to the human body via phototherapy. LifeWave Technology is now available to the public. David has committed the past 15 years to make this opportunity a reality.

Globally, David is the holder of 94 issued patents, 13 pending, with many more being written. More than seventy of those issued patents are in the field of regenerative science and technology. One of his inventions, the Double Helix Conductor, produces a novel blend of electromagnetic and non-electromagnetic fields to improve the speed of wound healing that rivals that of stem-cell injections. This led to David realizing that phototherapy can be a means by which a person’s own stem cells can be activated into a more youthful state as opposed to requiring an injection of expensive and potentially dangerous stem cells. Hence, after ten years of study, the X39® patch was born.

Since the inception of LifeWave in 2002, David has overseen global operations of the company and has accelerated expansion into approximately one hundred countries, with offices presently in the United States, Ireland, Japan, and Taiwan — with warehouse and distribution facilities throughout the world. LifeWave has been a multiple recipient of Inc. magazine’s list of fastest-growing companies.