Sir David R. Hawkins, M.D., Ph.D. (06/03/1927 – 09/19/2012) was a nationally renowned psychiatrist, physician, researcher, spiritual teacher, and lecturer. The uniqueness of his contribution to humanity comes from the advanced state of spiritual awareness known as ” Enlightenment,” “Self–Realization,” and “Unio Mystica.

“Rarely, if ever, has this spiritual state occurred in the life of an accomplished scientist and physician. Therefore, Dr. Hawkins is uniquely qualified to present a spiritual path that is scientifically compelling to modern society.

The classical hallmarks of this state are pristine awareness of Ultimate Reality, compassion for all beings, tireless dedication to alleviate suffering, radiant joy, and humor. People from all walks of life, nationalities, and spiritual orientations honor Dr. Hawkins as a teacher of advanced awareness, exemplified in the title “Rae Ryeong Seon Kak Tosa” (Foremost Teacher of the Way to Enlightenment) bestowed upon him in Korea.

Founding Director of the Institute for Spiritual Research, Inc. (1983) and Founder of the Path of Devotional Nonduality (2003), Dr. Hawkins lectured widely at such places as Westminster Abbey; Oxford Forum; Universities of Notre Dame, Michigan, Argentina, Fordham and Harvard; University of California (SF) Medical School; Institute of Noetic Sciences; and Agape Spiritual Center (Los Angeles). In addition, he was an advisor to Catholic, Protestant, and Buddhist monasteries. He conferred with foreign governments on international diplomacy and was instrumental in resolving long-standing conflicts that were major threats to world peace.

He is featured in documentary films, magazines, and radio interviews (e.g., Oprah Radio and Institute of Noetic Sciences) for his work in the areas of health, healing, recovery, spirituality in modern life, consciousness research, and meditation.

Dr. Hawkins entered the field of medicine to alleviate human pain and distress, and his work as a physician was pioneering. As Medical Director of the North Nassau Mental Health Center (1956–1980) and Director of Research at Brunswick Hospital (1968–1979) on Long Island, his clinic was the largest practice in the United States, including a suite of twenty–five offices, two thousand outpatients, and several research laboratories. In 1973, he co-authored the groundbreaking work, Orthomolecular Psychiatry with Nobel Laureate chemist Linus Pauling, initiating a new field within psychiatry.

In the 1970s, he co-founded several psychiatric organizations, including the Editorial Board of the Journal of Schizophrenia and the Attitudinal Healing Center in New York.

Many awards followed, such as The Huxley Award for the “Inestimable Contribution to the Alleviation of Human Suffering,” Physicians Recognition Award by the American Medical Association, 50–Year Distinguished Life Fellow by the American Psychiatric Association, the Orthomolecular Medicine Hall of Fame, and a nomination for the prestigious Templeton Prize that honors progress in Science and Religion. In 1995, in a ceremony officiated by the H.H. Prince Valdemar of Schaumburg–Lippe at the San Anselmo Theological Seminary, he became a Knight of the Sovereign Order of the Hospitaliers of St. John of Jerusalem in recognition of his contributions to humanity.

A trademark of Dr. Hawkins’s research is his pioneering, internationally–known, and applied “Map of Consciousness,” presented in the ever-popular book Power vs. Force (1995), translated into over twenty–five languages. The “Map of Consciousness” incorporates findings from quantum physics and nonlinear dynamics, thereby confirming the classical “stages” of spiritual evolution found in the world’s sacred literature as actual “attractor fields.”

These spiritual levels had been delineated by saints, sages, and mystics; yet there had never been a scientific framework by which to understand the inner terrain. The “Map of Consciousness” is clinically sophisticated in its depiction of each level’s emotional tone, view of God, and view of life. For example, “Fear” views God as punitive, whereas “Love” views God as loving.

The “Map of Consciousness” illumines heretofore unknown aspects of consciousness. With each progressive rise in the level of consciousness, the “frequency” or “vibration” of energy increases. Thus, higher consciousness radiates a beneficial and healing effect on the world, verifiable in the human muscle response which stays strong in the presence of love and truth. In contrast, non–true or negative energy fields which “calibrate” below the level of integrity induce a weak muscle response. This stunning discovery of the difference between “power” and “force” has influenced numerous fields of human endeavor: business, advertising, education, psychology, medicine, law, and international relations.

Thus we see that the uniqueness of Dr. Hawkin’s work is that an individual of advanced spiritual consciousness also possesses the intellect and clarity to express and communicate the characteristics of these highly­ evolved states of awareness that few have experienced.

Dr. Hawkins’s writings constitute the first modern demarcation of the highest levels of human consciousness (Self­Realization, the Void, Nothingness vs. Allness, Full Enlightenment) and their differential phenomena. In his books, he explains each level of consciousness (energy field) in language that is free of dogma, and is inspirational to all walks of life.

He established the Pathway of Devotional Nonduality – a direct course to Enlightenment via clarification of core essentials that merely await activation by decision, intention, and dedication of the will. His book, “Discovery of the Presence of God: Devotional Nonduality,” is basically an instruction manual for the serious spiritual devotee, revealing information that is known only by those who have transcended the ego to reach Divine Realization.

He is the author of the best–selling trilogy, Power vs. Force (published in 25 languages); The Eye of the I; and I: Reality and Subjectivity; and seven additional books, including Truth vs. Falsehood; Transcending the Levels of Consciousness: The Stairway to Enlightenment; Discovery of the Presence of God: Devotional Nonduality; Reality, Spirituality and Modern Man; Healing and Recovery, Along the Path to Enlightenment; and Dissolving the Ego, Realizing the Self. released in 2009. His books are published in numerous languages and sold worldwide. 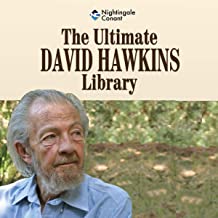 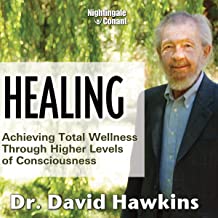 Dr. Hawkins’ honors are vast. His background is detailed in Who’s Who in America and Who’s Who in the World, and his work has been acclaimed by many world leaders and Nobelists, including Mother Teresa. His life is completely devoted to the upliftment of mankind.

The teachings of Devotional Nonduality emphasize the core truths of the world’s great spiritual traditions: kindness and compassion to everything and everyone (including oneself), humility, forgiveness, reverence for all of life, and surrender to God. It is a direct path to Enlightenment in which each internal progression of love and integrity uplifts the whole of existence: “We change the world not by what we say or do but as a consequence of what we have become,” stated Dr. Hawkins.

Two additional books published in 2011 by Hay House, Inc. are: Along the Path to Enlightenment: 365 Daily Reflections from David R. Hawkins, M.D., Ph.D.; and Dissolving the Ego, Realizing the Self: Contemplations from the Teachings of David R. Hawkins, M.D., Ph.D. Along the Path to Enlightenment discusses blocks to spiritual progress, and how we can transcend them. As a mystic, Dr. Hawkins infused the truths found in the precepts of Western religion with the core of Eastern philosophy, bridging the familiar, physical world with the nonlinear, spiritual domain. The passages in this book, selected from Dr. Hawkins’s extensive writings, offer a new contemplation for each day. Anyone of these passages, fully understood, can elevate one‘s level of consciousness. Dissolving the Ego, Realizing the Self covers how one traverses the spiritual landscape to move beyond suffering, to experience the peace and love of God, to transcend illusion and realize the state of enlightenment. The reader is reminded of the illusory nature of the ego, along with the direct pathways to transcend its trappings. These pocket editions are reliable companions on the spiritual aspirant’s quest toward higher truth.

In September 2011, Dr. Hawkins presented a very special lecture to an audience of over 1700 attendees who traveled from around the world to see him.  He lectured on the topic of “Love” as the substrate of the universe and as a “way of being” in the world. Considered to be the culmination of Dr. Hawkins’s life work, this event was truly inspiring for those who were present and in his presence.

One of his most popular books – Letting Go: The Pathway of Surrender

This book describes the simple and effective means by which to let go of the obstacles to enlightenment.
Dr. Hawkins’s primary aim was to seek the most helpful way to relieve human suffering in all its many forms.  The technique of “Letting Go” (Surrender) was found to be a valuable way to free consciousness from suffering and is described in this book.

The author demonstrated that as the individual heals on the inside, healing can occur on the outside, much like the rising of the sea lifts all ships, so the radiance of unconditional love within a human heart lifts all of life.