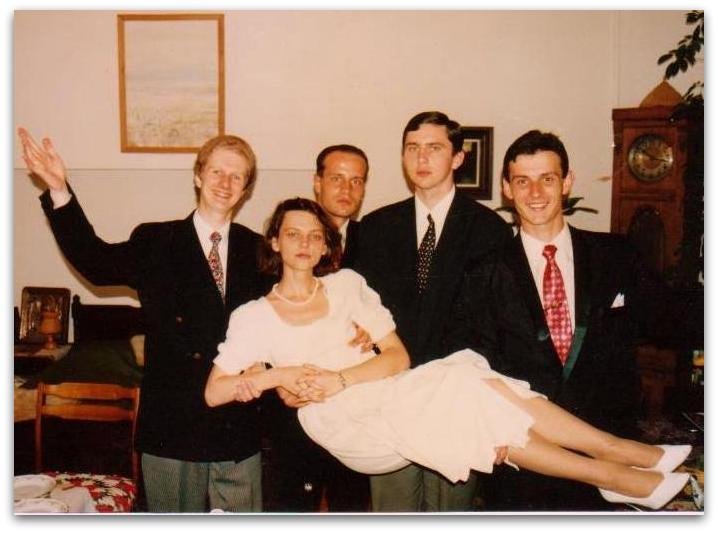 J.B. Gattini, The Time of My Life: Gaining Diplomatic Experience

In the previous stories, I told you about how my native country Lithuania declared independence from the Soviet Union, how we celebrated our freedom on the streets of Vilnius, my hometown, and how I got my first job as a consul in the Lithuanian Embassy in Moscow in those historic times.

You see, independence is not declared every day. Even though Lithuania has more than 800 years of history of independence, we had to start from scratch – diplomatic and Consular relations had to be established, new laws had to be written, new passports and driver’s licenses had to be issued.  In the early 90th,  Embassy in Moscow was the only Embassy that Lithuania had capable of performing all diplomatic and consular duties.

At first, we didn’t have much practical support from the Western democracies – everybody was afraid of the Soviet superpower – the recognition of our independence was not coming for months. Finally, it was ICELAND of all places that broke the ice and gave us our first recognition of independence! Then all other countries followed one by one, including the US which, to our surprise, was only the 37th on the list. 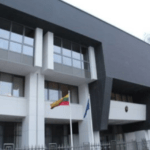 After that our Embassy in Moscow became really busy – every day we had at least 2-10 recognitions!  I can not help mentioning Boris Yeltsin, the first Russian President after the collapse of the Soviet Union, that supported our independence big time! Our embassy staff had an opportunity to shake his hand when he came to our Embassy to collect the medal presented by our government. He appeared a very warm man to all of us.

In the Picture – Embassy of Lithuania in Moscow (renovated)

I bought two precious books – ” Diplomacy” by Sir Harold George Nicholson and “Diplomatic Handbook ” by Ralph G. Feltham. These two great books covered everything that I needed to know. As I was reading them I was performing my duties, in other words, putting theory in practice:  the establishment of diplomatic and consular relations between states, the diplomatic and consular functions, privileges,  international laws, and other fancy stuff became my everyday playground.

Every capital of the world has its diplomatic community – every foreign embassy reflects not only the formal policies but also the traditions of the nation it represents. There was a lot to learn from each of them.

Almost every day I had to attend at least one or two diplomatic receptions and each of them was different: the British represented the grandness of the Victorian Era, sophistication and good manners; the French – luxury and elegance; the Germans – common sense; you could never fill your stomach with food in the German Embassy, but you could always nourish your brain with brilliant ideas in the economy.

Americans represented generosity and practicality: they always served champagne in paper cups, food – on paper plates, not worrying about appearances. The Russians were always over the top – they usually had more than plenty. We, the Baltic nations, always copied the simplicity of the Scandinavians.

They say that the human body consists of up to 90% of water. I believe that the bodies of the diplomats in Moscow consisted of at least 30% gin and tonic and up to 60% of vodka – the most popular drink of the diplomatic community in Moscow.

You see, Vodka is an excellent ally of a diplomat, especially in Russia. For example, I witnessed how the Soviet troops might never have been withdrawn from Lithuania without vodka. The Russians wanted to take ten years, we  Lithuanians, wanted them gone yesterday. As a matter of fact, everyday negotiations about withdrawal were taking place in our Embassy, next door to my office: Lithuania’s minister of defense (a doctor by profession) was conducting everyday negotiations with the Russian generals. Every day, when I was leaving my office around 6 p.m., they were still negotiating, and the smell of vodka and tobacco in the hallway was unmistakable and ever-present.  In the morning, when I was coming into work, they were still going at it! The smell of vodka and tobacco in the hallway was overwhelming. One morning, our minister of defense stumbled out of the room,  “ I can’t drink anymore. Do you have a cup of coffee?”

The good news is,  those negotiations were very successful, I would say, really amazing – the Soviet troops were withdrawn from Lithuania in record time – 1 year!

I remember how I wrote my first diplomatic letter. It was addressed to the Embassy of Senegal. I got an assignment on Saturday morning – the Lithuanian ship was detained to the port of Dakar, and I had to convince the government of Senegal to release it as soon as possible. I was working on that letter the whole weekend. Monday morning, I showed it to the ambassador. He read it, handed it back to me, and told me it need only be seven sentences long!  By the time I delivered it to the Embassy of Senegal, our ship was already released. My weekend’s work was wasted, but I learned a valuable lesson – sometimes less is more.

Embassy of Lithuania in Moscow 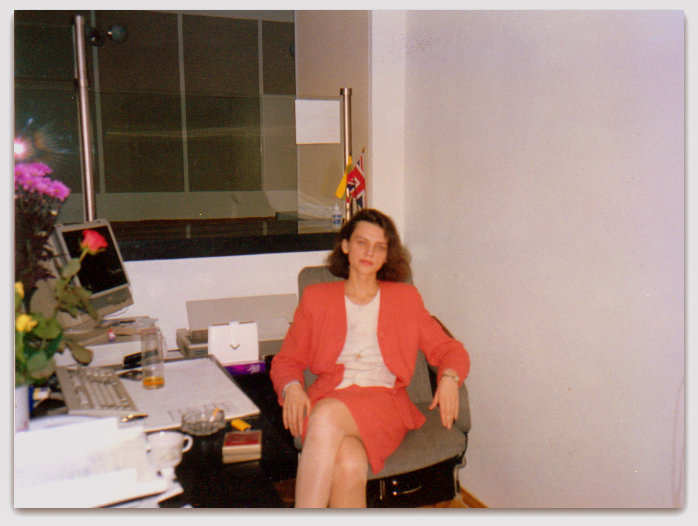 Embassy of Lithuania in Moscow: In my Office 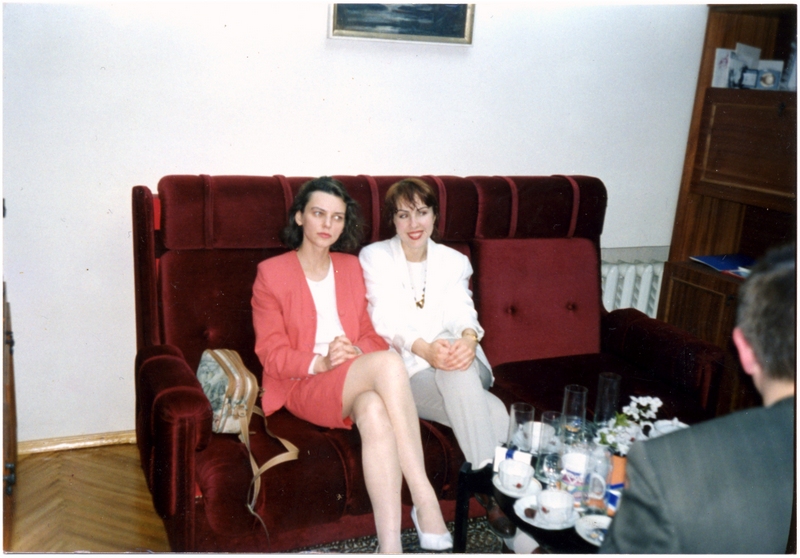 Embassy of Lithuania in Moscow: With my Friend Lana

Being in my twentieth and the youngest consul in Moscow in those revolutionary times had its pluses and minuses. I had no experience in diplomacy at that time – I was too happy and enthusiastic for a big shot diplomat – I simply wanted every person I meet to make a friend of my country. At the same time, I had common sense and an open mind.

I always treated my clients like gold, with no exceptions, especially Russians. I saw how exhausted and disappointed those people were from dealing with bureaucratic institutions, foreign embassies included. They had always been treated as if they were insignificant nobodies, and it showed on their world-weary faces. Besides poor treatment everywhere, the Russians were brainwashed to hate Lithuanians and other Baltic nations. I thought I might like to change that.  I gave myself a word: in the Lithuanian Embassy in Moscow, every person will be treated like gold!   I never broke that promise. From the cleaning ladies to diplomats, everyone got the same treatment from me – like they were gold. 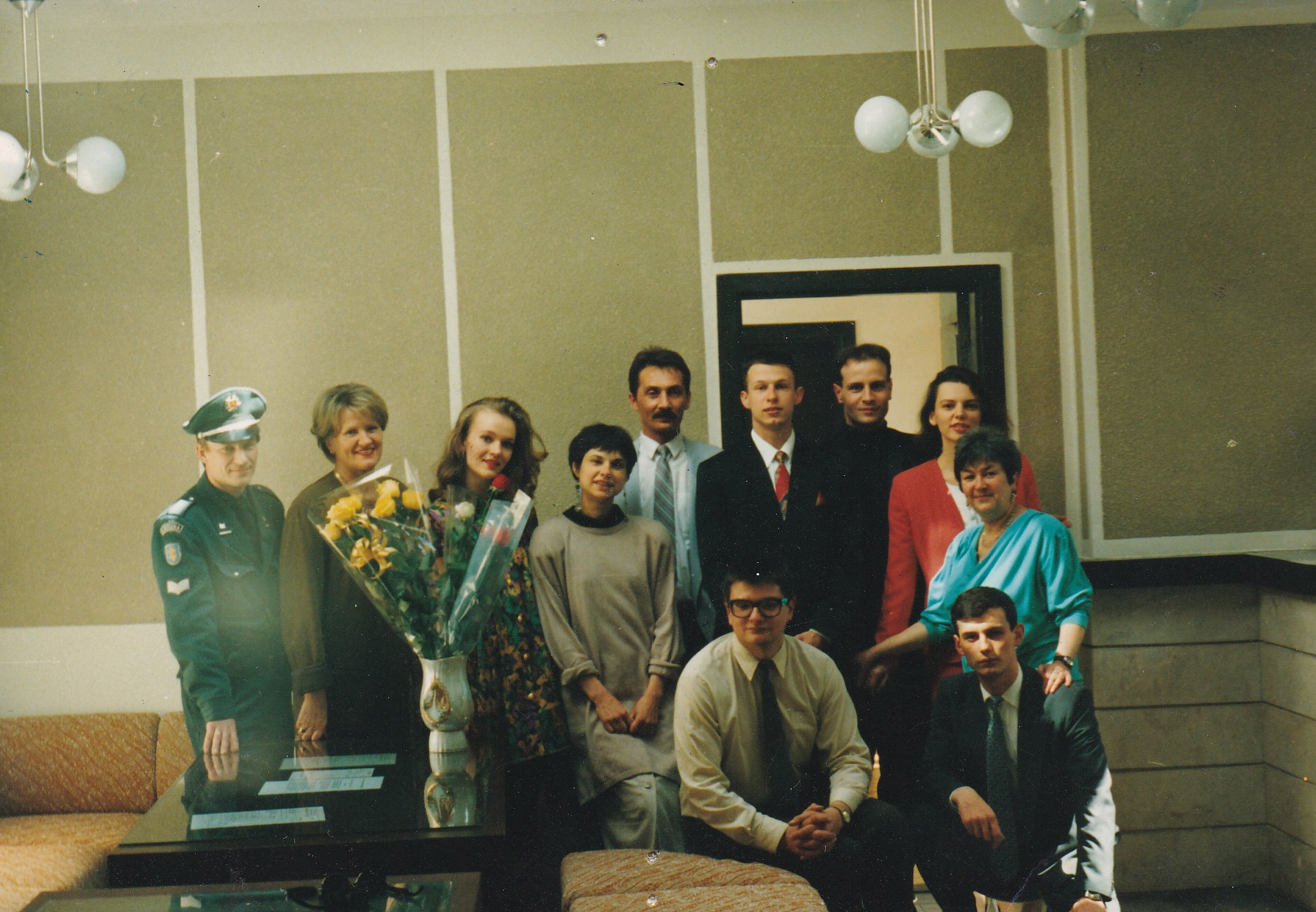 Embassy of Lithuania In Moscow, 1994 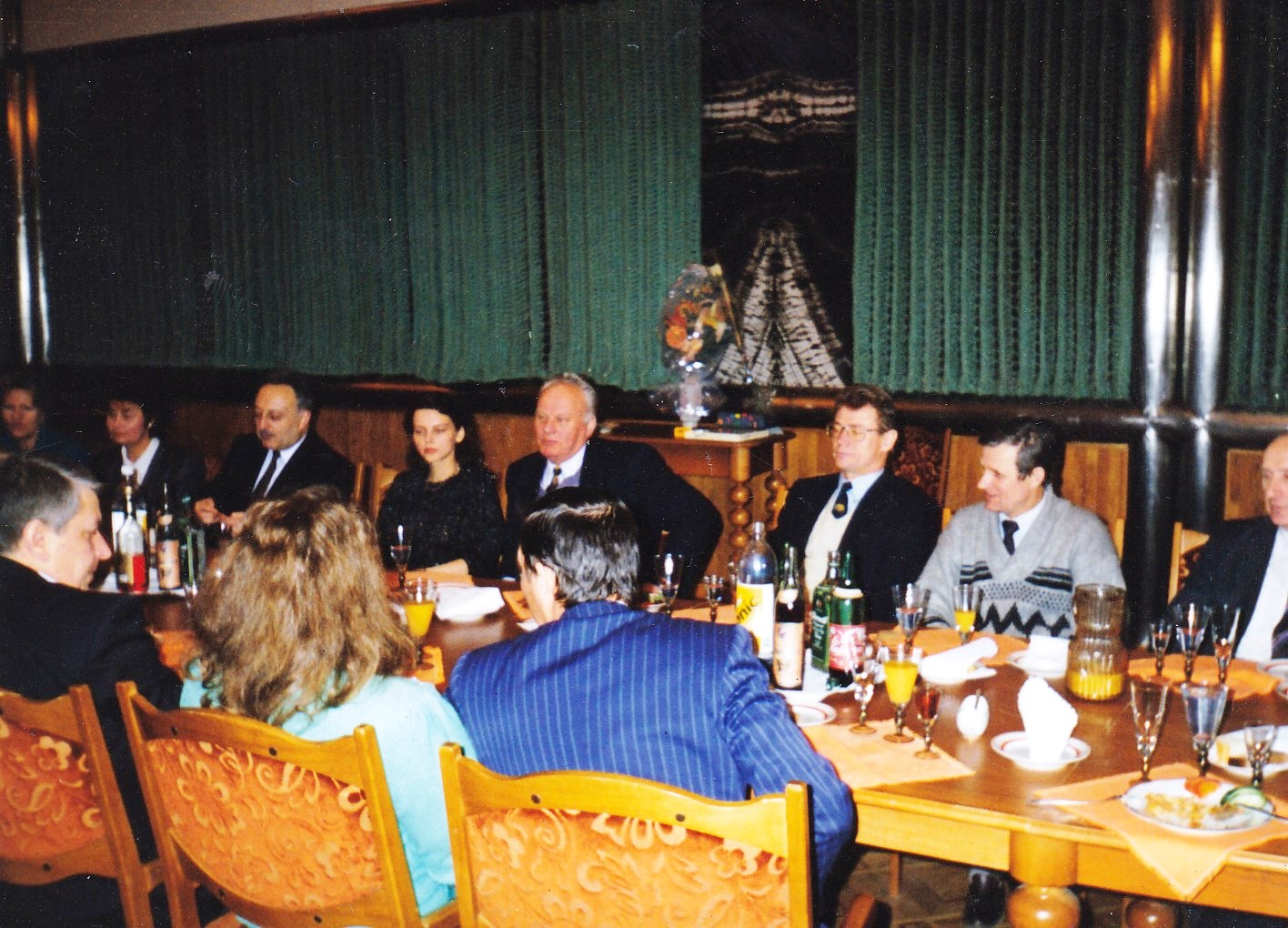 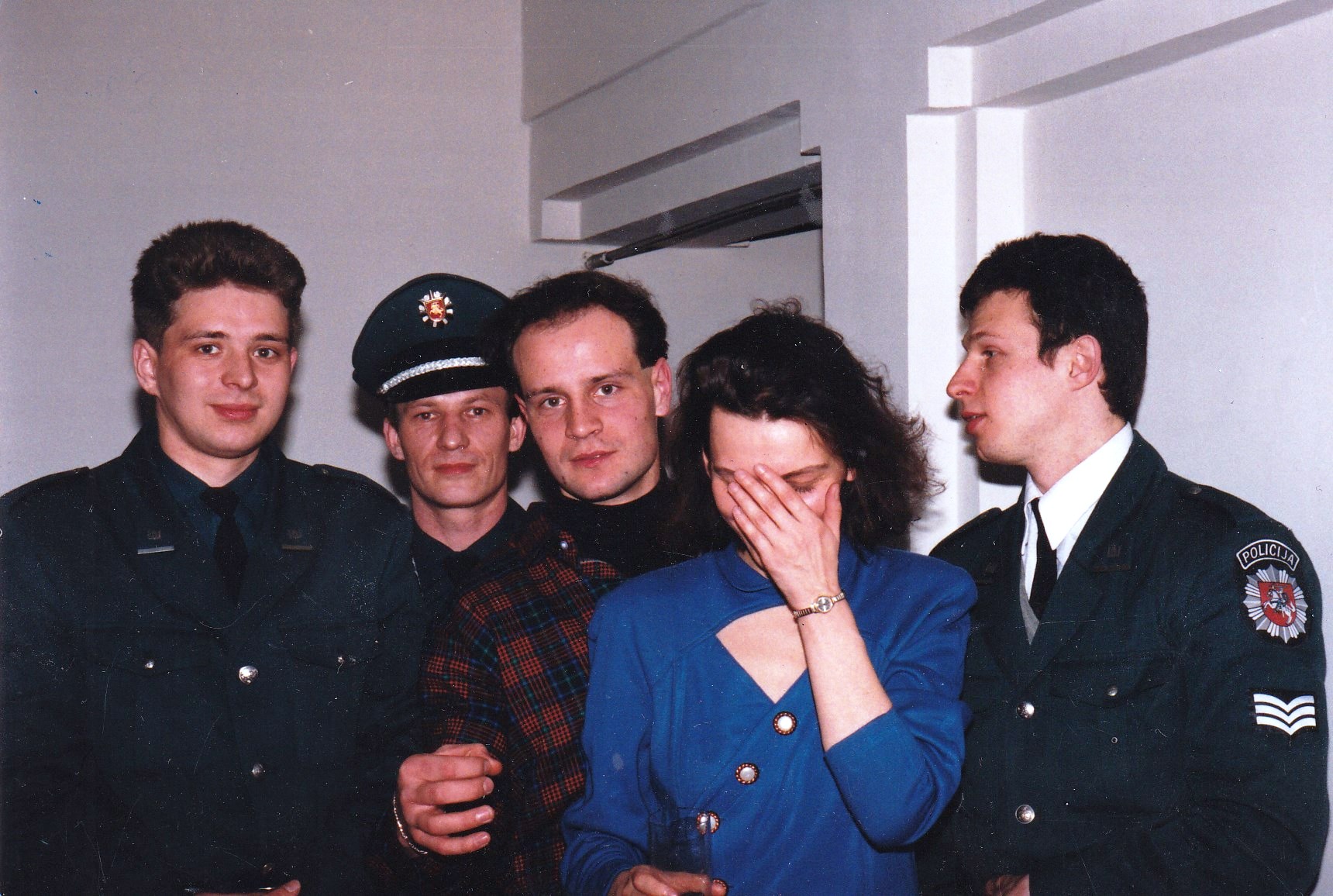 And it did pay off – I was getting bouquets of roses from my clients every day. My office was soon starting to look like a wedding chapel. Russians could not believe that they could be treated so well by what Russian propaganda told them was a hostile nation. That was my version of diplomacy. Winning over the hearts and minds of each person I met as a representative of my country.

After work, I exercised a different kind of diplomacy. I had a secret mission to accomplish – I used to take a few bouquets of roses with me, and on the way home, I  would give them away to strangers. What a pleasure it was looking at the faces changing so rapidly – from sad to happy. 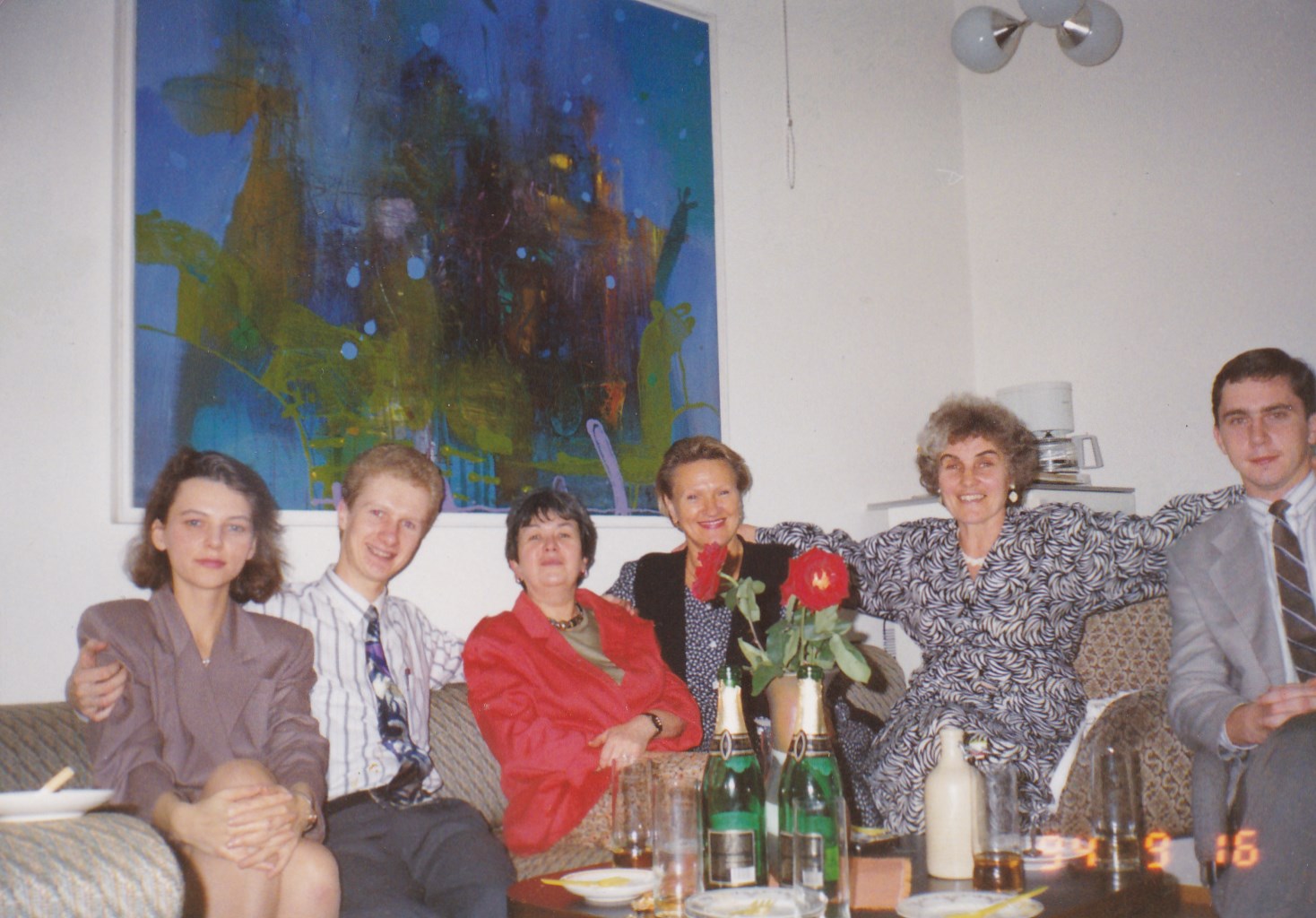 I didn’t tell anyone about it at that time as I thought that people would think that I was crazy, but now when I don’t care about what people think of me, I can share the secret that made me happy. It seemed that the more roses I gave away, the more I would get the next day! 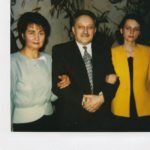 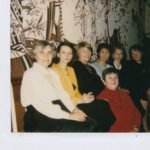 Most of my colleagues diplomats from other embassies became my personal friends: we used to go to the Moscow theaters together, and they always invited me to private parties. Many of them wanted to see Lithuania  – I would make arrangements for their pleasant experience, and sometimes I would accompany them on the trip to my hometown myself. I came to the conclusion that naturally formed personal connections (or friendships) are the best means of diplomacy.

It was the time of my life, and I totally loved it! Three things to remember: Whatever you do, do with love! The more you give, the more you get back! Don’t underestimate the power of vodka!