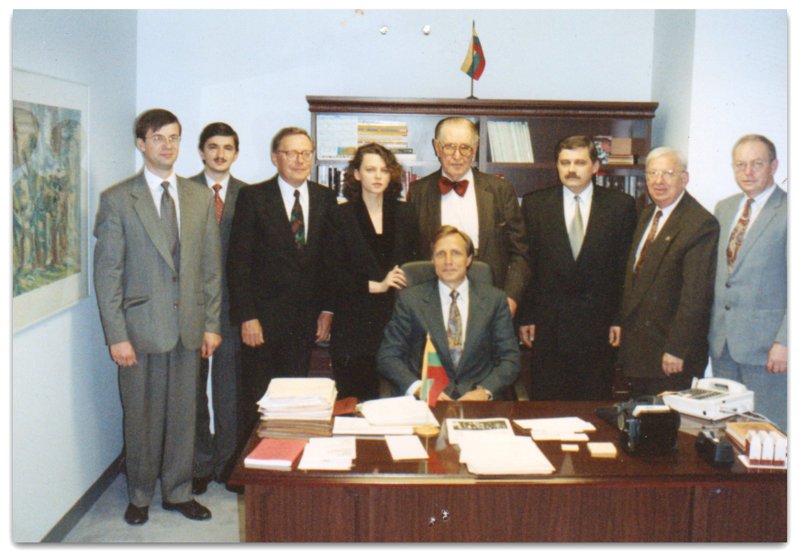 J.B. Gattini, The Time of My Life: Helluva Town – Part I 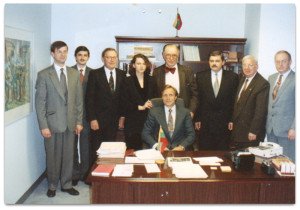 When you grow up somewhere in the world other than America, you hear many stories about how great America is. When I was a little girl, I heard that America was a country where all dreams come true and I imagined that everything was perfect in America – people looked like movie stars, they were beautifully dressed, they were friendly, rich and happy.

You could buy anything you wanted in the stores; the service was flawless and it was absolutely impossible to find a rotten apple in the supermarket. In my mind, America was a paradise!

Years later, in January of 1995, there I was on a plane that was coming in for landing at JFK Airport. New York City!

Even though I knew about America a little bit more at that time, still, my knowledge came only from the books of great American authors, like Theodore Dreiser, Hemingway, and Mark Twain, from Hollywood movies and the news.

You might as well have told me I was going to the moon. It seemed just as far and just as foreign – and I worked for the foreign service. It never came to my mind that one day I could be appointed to work in America.

But here I was, getting my bags at JFK… I was going to work at the Consulate General of Lithuania in New York. It was my first trip to America ever. As I was standing at the baggage carousel, the strange sounds and smells of New York slipping in through the doors as people came and went. I didn’t know where I would be living and I didn’t even know what a hot dog was. If someone asked me at that time what a hot dog was, I would have probably guessed that it was a sick dog that had a fever. In other words, I didn’t know anything at all. All I knew was, that my colleagues would be picking me up at the airport and explaining the rest as we went. 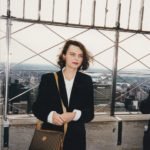 Like most things in America, New York, and indeed life-reality settled in. I was finally picked up by my peers. They were apologetically telling me that the apartment they had arranged for me had no furniture yet, or electricity. And there was no phone and not even blinds on the windows not that that mattered at that point – I would probably have to stay in my co-worker’s apartment or in a hotel for a few days.

I was too busy looking around through the window of the car. I wanted to see America, the country where everything was perfect! And to tell the truth, JFK and its surroundings were nothing short of dismal as anyone who has driven into Manhattan has surely noticed: the road from JFK to the city was not that impressive at all – commercial buildings along the road, construction sites…

But suddenly, something really miraculous appeared in front of my eyes! It was the view of Manhattan, in its all beauty and glory, absolutely perfect!!!! Up there, out of the windshield, the Empire State building stood proudly on the horizon – and the twin towers of the World Trade Center! Like Oz, the magical-seeming towers of the city rose ahead of us.

I don’t remember how we got into the city anymore, but the next thing I do remember is driving through Times Square for the first time, my head must have been hanging so far out the window, I’m lucky I didn’t get sideswiped by a bike messenger. We turned on to 48thStreet and stopped. Here, in the very heart of New York between Broadway and Eighth Avenue was to be my first home in America. I was thrilled!

From the first moments after my arrival in New York, I realized that the most popular question in America was “Where are you from?” People would ask me this question at least 10 times a day. And God forbid, they would ask, “What is your name?”… “Jurate”. “How do you spell that?” “J..U..R..A..T..E”. “Oh, Jurate”… “And where are you from?” “I am from Lithuania” . “Very interesting…. and how do you spell that?”

In the picture: Ritz Plaza – my first home in America

If I said that the most important thing in life is Love, would you agree? I loved and I was loved all my life since I was in kindergarten. But I did not expect love to follow me to New York. But it did! On my first day at work at the Consulate, the first call I received was from Washington DC. It was the phone call from my love, Norwegian International News reporter. Believe or not he had been assigned to the states to cover the news in the Americas! My heart was pounding really hard!

We hadn’t seen each other for a long… long …time! Most of the time I was watching him on TV reporting about the fall of the Berlin wall, covering Operation “Desert Storm” during the First Iraq war, reporting about tsunamis, earthquakes or other disasters from all over the world. We would talk for hours on the phone no matter where he was stationed.

We went out to eat, but we were not really hungry. We didn’t need the crowd – we wanted to be alone. Here I remembered my still dark and cold apartment. We got some candles, champagne, plastic champagne glasses and I borrowed two chairs from my coworker. We lit the candles and we spent the whole night looking at the lights of New York, sipping champagne and enjoying each other’s company. The beautiful view of the city was very clear as there were no blinds on the windows to obstruct it.

It was the time of my life and I totally loved it! I knew already that America was perfect!