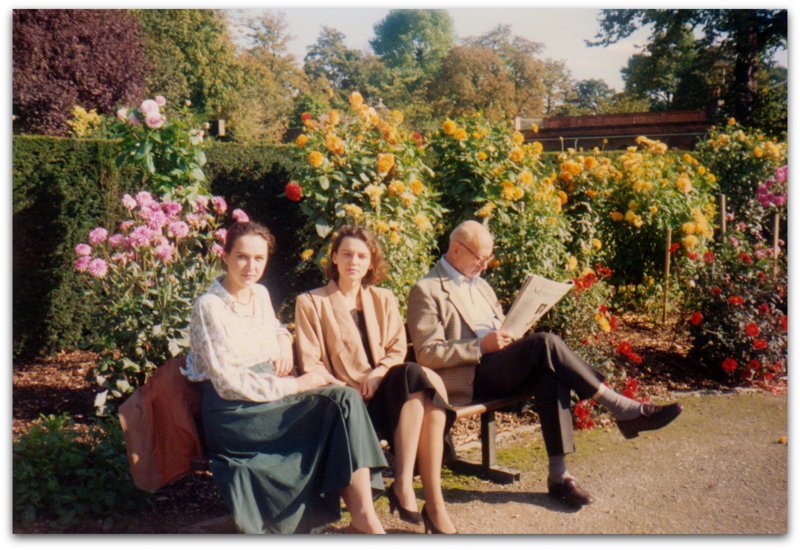 J.B. Gattini, The Time of My Life: Jurate Goes to London

A self-diagnosed Anglophile, my whole life, I could not have been more excited when on a beautiful, crisp, cool day in January 1993  I was on a plane landing at Heathrow International Airport.  I had never been there before, but for some reason, I loved England all my life– for me, it was a country of great culture and sophistication, the country of Shakespeare and Benjamin Disraeli, the country where I could wear a hat and nobody would stare at me!

I was going to study to one of the best universities in the world  – the London School of Economics and Political Science! MPhil/Ph.D. program! That was a generous gift of the British Foreign office – full scholarship. Travel, rent, tuition, books – everything was paid for!

As often seems to be the case with me, I also met a stranger who helped me on my way. We got to talking and he happened to be a good friend of my diplomatic colleagues in Moscow.  He was an American traveling to San Francisco. Before he got on his flight to America which was hours later, he took care of my luggage, a taxi ride and taxi fare. He took a ride with me to the city, checked me into the hotel and left. I believe his name was Steven, but I am not sure about that now- I never saw him again.

I have always had a feeling that the whole world is in love with me. I just had to choose who or what to love back. I was already in love with England and in this case, England chose to love me back! As soon as my feet stepped on the ground and I looked around, I felt at home as if I had always lived there and never left.

London is modern and old-fashioned, very cosmopolitan and very English at the same time. It is beautiful, like any other European city, but different, because of its “Royal” atmosphere.  The people are deliciously courteous, “Thank you”, “excuse me”, “pardon me”, fell around me like raindrops. If these words are a part of your vocabulary, you belong there! 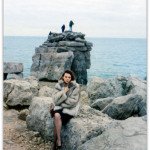 Ladies and gentlemen, I can’t help telling you this – I have never seen so many handsome men in my life, I mean.. on the streets of London! Oh my!!!! Hundreds and thousands of them! And please understand me correctly – I don’t mean physical attractiveness. I didn’t measure the toughness of their muscles or the length of their noses. It was not about that. There was some dignity about them, sophistication, and good manners. In other words, it was an army of gentlemen.

I don’t mean to sound old fashioned or make it sound like they were – I don’t believe the concept of a gentleman will ever be old-fashioned. And I will always find it to be one of the sexiest attributes a man can possess.

For instance, around the end of my trip, I encountered a medieval English tradition that I could have never expected. One of my new English male friends asked me if he could talk to me about something important. He had a nice jewelry box in his hands. He asked me if I could give him a lock of my hair as a romantic memory, and the jewelry box was the place to keep it. Out of context, that might sound a little strange. But it was done in earnest and old-fashioned way and I was never so charmed.  A lot of interesting things happened in my life, but that one was truly English! 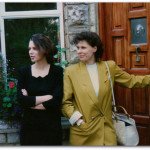 My friends and colleagues always wondered how I made so many friends in England, easily, effortlessly. “It is very simple”, I would reply, “You have to be introduced to them”.

My small apartment in Notting Hill was very close to the most beautiful parks – Hyde Park and Holland Park and right next to the famous Portabello market.  If you like dogs,  you should go to Hyde Park. It is like a dog show every day  – so many breeds, and all so well behaved.  Dogs don’t bark in London. At least I had never heard them bark for the whole year. They are as polite as their masters.

If you have ever been to London and heard a dog bark, please let me know immediately. Speak out your truth or keep your peace forever!

1993 was the year when London was exposed to Irish terrorists’ attacks. The terrorists used to place bombs in London underground, especially on the Central line which I was taking almost every day.

I remember standing on the platform in Holborn Station for an hour waiting for the train to take me home. The platform was packed with people, but nobody seemed impatient or disturbed.

When the train finally arrived, nobody rushed to take it. It was simply not how people behaved – rushing to be first, pushing and shoving. The English people always preserve their space and the space of the people around them.

I took the train, but it left the station half empty – personal space was preserved; many people remained on the platform waiting for another train indefinitely.

I came to London to study and I had to choose a research topic. Any choice I wanted to make was good for the Department of Sociology. I already had a degree in Education – why not do research in British education! 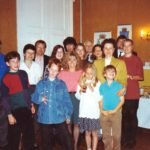 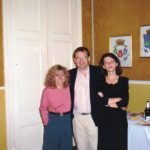 As soon as I mentioned my research topic to one of my new acquaintances who happened to be a headmaster of London school, she immediately introduced me to the chairman of the British International Education Committee. It was not an ordinary committee – it consisted of the headmasters of the best schools of England, Scotland, Northern Ireland and Wales. They used to meet a few times a year to discuss education reforms and report to the British Parliament.

Believe it or not, I was invited to be a guest of honor to attend one of their meetings. The chairman of the committee asked every member to stand up (one by one) and tell me about his or her school. I was honored beyond my wildest expectations and humbled to be the center of all of this attention. After I was asked to say a few words and as thankful as I was, I felt very shy with my limited public speaking experience at the time.

I must have done okay because, after that,  I had the doors of all the best schools of Britain open to me. So much material for my research! I took full advantage of that amazing opportunity. I visited all kinds of schools – private, schools for girls, even kindergartens, learning more and more about how British culture is shaped from the early years of the development of a child. 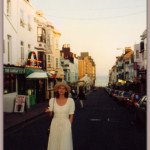 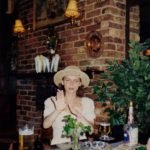 I had just one year to explore and enjoy England, but my experience was so profound and so amazing that I wanted to understand why. 1993 was one of the best years of my life. I was laughing out loud non stop as if I was a teenager or a child, I was making friends,  great men wanted to date me, everything good was coming to me easily and effortlessly.

Looking back at it now that I have gained a little perspective, I think I understand it. In London, I  lived in the present moment all the time! I was not thinking about the past, I had no anxiety about the future! I didn’t have to worry about how to earn money, how to pay the rent or cover other expenses – everything was provided – as always the universe was in love and dancing with me – I simply had to choose who or what I wanted to love back.   It was the time of my life and I totally loved it!

If you decide to visit me in New York City and walk into my office in mid-town, first of all you will see Oscar Wilde’s quote written on the board, “If a man is a gentleman, he knows quite enough, if he is not a gentleman, whatever he knows is probably bad for him”.  Now you know where it comes from…