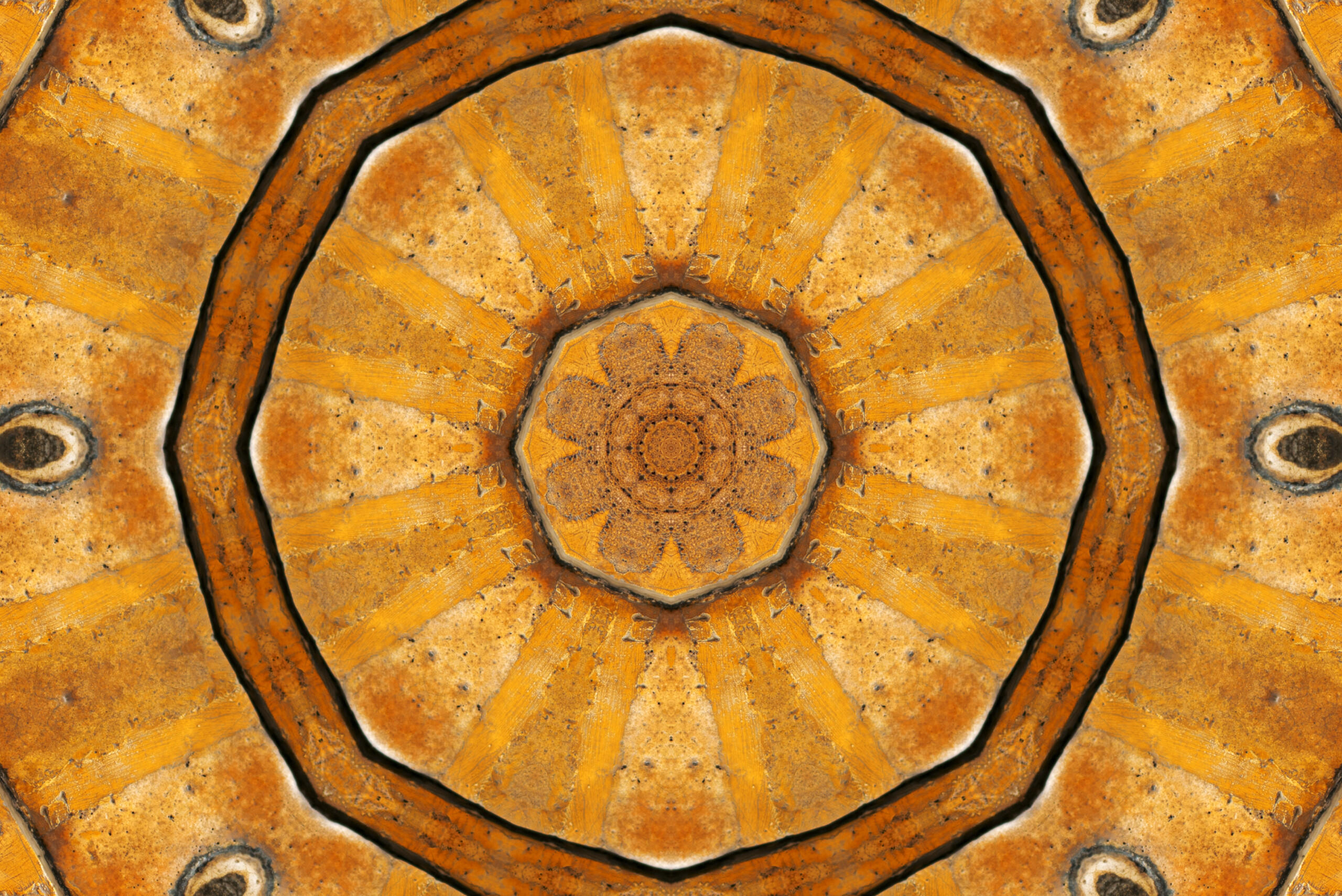 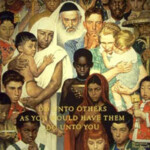 Many more human beings have been inducted into the Ascension process and are now enduring the intense levels of personal dismantling. All we had a lifestyle built around is being challenged to the very core of our existence and this can feel hurtful. We are forced to adapt to the moment to moment changing terrain impacting our life. Everything is in the now moment. When our core existence is challenged during such immense levels of transformation, we may feel the magnification of the smallest issue be amplified so that it feels like a life or death matter. This may feel scary, we can feel threatened by being forced to change. This is why knowing these changes are critical for our evolution and trying to surrender to them without fighting it, lashing out, or becoming angry will make the process easier. Greater acceptance is required now, learning how to surrender is a daily practice.  Problems we used to obsess about or believe they were a “big deal”, are losing their importance in our lives. There is something so much larger happening here.  There is nothing to hold onto any longer. We must become less attached to things and be willing to “let go” of spiritually bankrupt values in order to survive the transformation required to become more balanced with our own sense of being a true human being. So what does it mean for us to be in alignment with the God Source and Law of One, which is the same as asking; what does it mean to be a true humanitarian?

Beginning to explore what this means is that each of us has a requirement to place an internal and external dialogue to explore the profound change that this places on our own personal values and personal lifestyle. What we value, what we place importance upon is undergoing fundamental changes because it has to change. That fundamental change is requiring us to be Reeducated to Value All Human life and to promote All living things for true humanity to be restored to this planet.

What is needed here of which we could all learn and improve upon together – is a reawakening and a re-commitment to the basic values of human existence – the standards of ethical behavior that define and “make or break” the character of a human being. This concept is intrinsic to the Law of One Practices and their Principles, of which this website materials are based, however, we could expand on the detail of what these guidelines are and how to practice them in daily life.

All of the world’s spiritual traditions have been rooted in ancient and eternal wisdom-at the fundamental level before they became misguided through the lens of the negative ego distortions sourcing from the Negative Alien Agenda, the core Universal teachings in ALL spiritual traditions have been based in the GOLDEN RULE. The Golden Rule and discovering the ethical standard it places upon us in our life has much to teach us all.  This has a deep and enduring knowledge to impart to us at every level in societal structures and this helps us to learn how we can be the best we can be. As we learn to better understand how to be in group consciousness, how to participate with others, and access the Unity intelligence of the Christos (Krystal) consciousness, our task is to find harmony and peace within ourselves and with each other.

The Golden Rule is the most essential basis for the modern concept of human rights, in which each individual has a right to just treatment, and a reciprocal responsibility to ensure justice for others.

The Golden Rule is an ethical code or moral truth that essentially states :

One should treat others as one would like others to treat oneself.

It is commonly referred to as “Do unto others”.

This concept describes a or “two-way”, relationship between one’s self and others that involves both sides equally, and in a mutual benefit or win-win fashion.

The Golden Rule is a principle of ONENESS or UNITY and can be explained from the perspective of psychology, philosophy, sociology, and religion, and spirituality. This is why it is such a powerful statement and principle to live one’s life. It is a Universal Language. With psychology, it can be explained as involving a person that empathizes with others. Philosophically, it involves a person perceiving their neighbor as also a part of the self or the I. Sociologically, this principle is applied between individuals, between groups, and also between individuals and groups. (For example, a person living by this rule treats all people with this consideration, not just members of his or her in-group, as this practice defies bias made through race, religion, countries, or genetics. All Religions originally on this planet are stemming from some portion of Universal Truth as a part of their teaching of values to society. The Golden Rule is an integral part of the history of this concept of ethical values and ethical conduct to develop principles of one’s personal character as well to engender a connection to the overall, such as develop a connection to family, a connection to the community, a connection to the planet. Thus it further develops our innate desire to be a part of the whole and answer to our social responsibilities.

As a concept of entering into creating “mutually beneficial relationships,” it has its roots in a wide range of world cultures and is a standard way that different cultures use to resolve conflicts. This is why it crosses all language barriers, and psycho-social barriers. All versions and forms of the proverbial Golden Rule have one aspect in common: they all demand that people treat others in a manner in which they themselves would like to be treated. For a moment lets look at:

Christianity – “All things whatsoever ye would that men should do to you, do ye so to them; for this is the law and the prophets.” Matthew 7:1

Confucianism – “Do not do to others what you would not like yourself. Then there will be no resentment against you, either in the family or in the state.” Analects 12:2

Buddhism  – “Hurt not others in ways that you yourself would find hurtful.” Udana-Varga 5,1

Hinduism – “This is the sum of duty; do naught onto others what you would not have them do unto you.”     Mahabharata 5,1517

Judaism  – “What is hateful to you, do not do to your fellowman. This is the entire Law; all the rest is commentary.”      Talmud, Shabbat 3id

Zoroastrianism  – “That nature alone is good which refrains from doing another whatsoever is not good for itself.”     Dadisten-I-dinik, 94,5

What is the most important thing is that at its root, all religions and spiritual teachings start with a fundamental understanding that shares the common language of The Golden Rule. This allows us no matter what language we speak, no matter what race we are, or country we live in, we can always relate to one another and start with powerful communication. As we apply the Golden Rule and its principles as a part of the ethical standard we create in our personal lives, and within the community setting, we learn to become the living example of being a true humanitarian that values life. This action puts us in alignment with the God Source, in so that we may become the direct knower of that Source, and be at One with the eternal living light.

About the author: Lisa Renee experienced a spontaneous “kundalini” event several years ago that catalyzed a “Starseed Awakening” to perceive multidimensional realities and communication with the Evolutionary forces of Light. Lisa Renee has been personally contacted and then prepared, trained, and downloaded by Interdimensional beings (Extra-terrestrial and Ultra-terrestrial, not from this Universe) known as the Krystal Star and Aurora Guardians. Guided by Guardians, Lisa was biologically upgraded to be downloaded to comprehend the Science of Ascension through the Law of One and its dynamics upon the layers of energy fields. This understanding of Consciousness Technologies was experienced by her own personal evolution and began her transition into a Multidimensional Guide and God-Sovereign-Free (GSF) Steward during this Planet’s Ascension Cycle. She is an Emissary for the Guardian Groups and a spokesperson for the shift of humanity to “Ascension”. Along with the Guardian Groups, her mission is to support humanity through its evolution with education, awareness, and by discussing the impacts of the energy shifts upon the planet, human beings, and human consciousness. She is an Ascension Guide, Planet Gridworker, Starseed Advocate, Humanitarian, Writer, and Etheric surgeon.