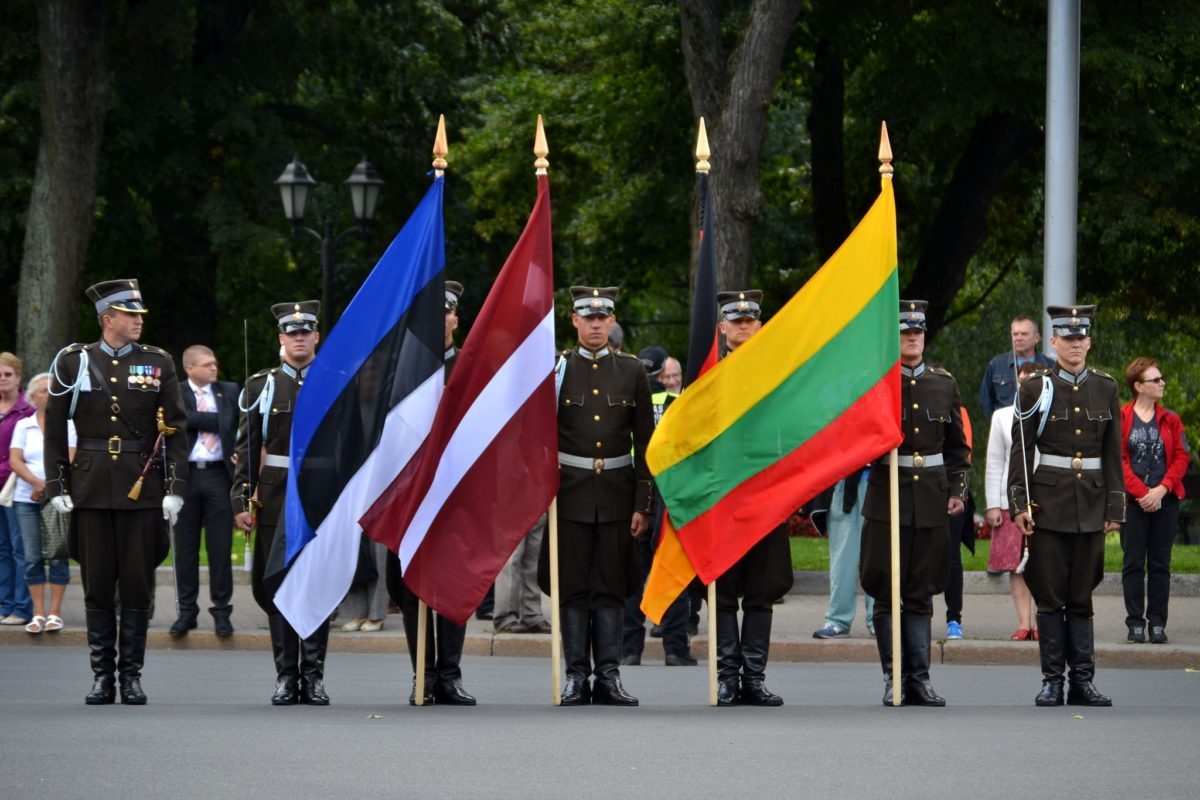 At 7 p.m. on August 23rd, 1989 approximately two million people joined hands forming a human chain spanning over 600 kilometers from the Gediminas Tower in Vilnius to the foot of Toompea in Tallinn, crossing Riga and the River Daugava.

This historic event marked the 50th anniversary of the Molotov-Ribbentrop Pact between the Soviet Union and  Nazi Germany. The treaty signed on August 23, 1939, included a secret protocol that divided territories of Poland, Lithuania, Latvia, Estonia, Finland, and Romania into German and Soviet “spheres of influence”, anticipating “territorial and political rearrangements” of these countries.

Those “territorial and political rearrangements” were implemented in the Baltic states in June 1940 – when Latvia, Lithuania, and Estonia lost their freedom and independence and were annexed by the USSR.

As a result, hundreds of thousands of people had to leave their homes, killed or deported to Siberia, and Lithuanians, Latvians, and Estonians no longer were the masters of their own land –  every decision they made was totally controlled by Moscow.

The Soviet Union denied the existence of the secret protocols of the pact between Stalin and Hitler, even though they were widely published by western scholars after the end of the war. The Soviets insisted that the Baltic States voluntarily joined the Soviet Union.

The idea to form a human chain as a protest demonstration came to the Estonian leader Edgar Savisaar. On the 50th anniversary of the Ribbentrop-Molotov Pact people would join hands along the road between the capitals of the three Baltic States – Vilnius, Riga, and Tallinn. The Baltic Way was to show the world popular desire of Baltic people for independence. By joining hands they would draw attention to the Molotov-Ribbentrop Pact and demand the re-establishment of freedom and independence. Popular opinion was that “the secret protocols proved that Soviet occupation was illegal and that the Soviet rule in the republics had no legal basis and therefore all Soviet laws were null and void since 1940”.

In the picture by Creative Commons, Wikipedia, online encyclopedia: Demonstration in Šiauliai. The coffins are decorated with national flags of the three Baltic states and are placed under Soviet and Nazi flags.

The Baltic Way was organized by the national movements of each of the Baltic States: the Popular Front of Estonia Rahvarinne, the National Front of Latvia – Tautas Fronte, and the Lithuanian Reform Movement Sąjūdis.

It was an unprecedented event – nothing like that was ever done before. There was no social media at that time – no computers, no internet, no cell phones to spread the word. This event was only possible because of the popular support of the people.

The Baltic Way was a huge undertaking and required a lot of coordination. The entire length of the road had to have people standing and required the calculation of how many people would be needed to make this powerful event happen. No segment of the road should be uncovered.

The national movements had branches in every city, town or village. People rallied around the idea. Groups were assigned to the sections of the road. Local authorities organized buses and other transportation and many people shared their cars with neighbors and friends. People had to get to their segment of the road at least 30 minutes before the actual event – 7 p.m. when everybody would join hands at once. On the day of the event, special radio broadcasts helped to coordinate the event.

I and my family members had to be 13 kilometers north of my home town. It took us probably 4 hours to get there as everybody was on the road… But we made it on time!

It was a very powerful event – everybody felt the same – the idea of freedom and independence united everybody. Everyone felt fortunate of witnessing history made in action. During the Baltic Way, people carried national flags, sang songs that were forbidden for 50 years.

Later, a number of local gatherings and protests took place. In Vilnius, about 5,000 people gathered in the Cathedral Square, holding candles and singing national songs. Priests held masses or rang church bells. Leaders of the Estonian and Latvian Popular Fronts gathered on the border between their two republics for a symbolic funeral ceremony, in which a giant black cross was set alight. The protesters held candles and pre-war national flags decorated with black ribbons in memory of the victims of the Soviet terror.

The Baltic Way attracted International attention to the struggle of the Baltic States for independence. It was broadcasted by major news channels of the world. The Baltic problem was no longer a diplomatic or political matter, but also a moral issue. Demonstrations of solidarity took place all over the world including other regions of the Soviet Union.

Even more significant events followed 7 months later when my native Lithuania declared independence from the USSR on March 11, 1990. I was honored to serve the first (peaceful, but revolutionary) government of Lithuania in the Embassy in Moscow as a consul.

“Of course!”, I got excited… Within an hour I was in the Polish Embassy receiving them.

“The copies of this Treaty should be printed, published for everyone to know”, he said. We had a nice conversation, a glass of champagne and I rushed back to our embassy.

By the end of 1991, the Soviet Union peacefully collapsed and the Baltic States became independent. The Baltic Way is inscribed in UNESCO’s Memory of the World as one of the movements of global significance.

After the fall of the Soviet Union, August 23 has become an official Remembrance Day in the Baltic countries, in the European Union and in other countries, known as the Black Ribbon Day or as the European Day of Remembrance for Victims of Stalinism and Nazism.